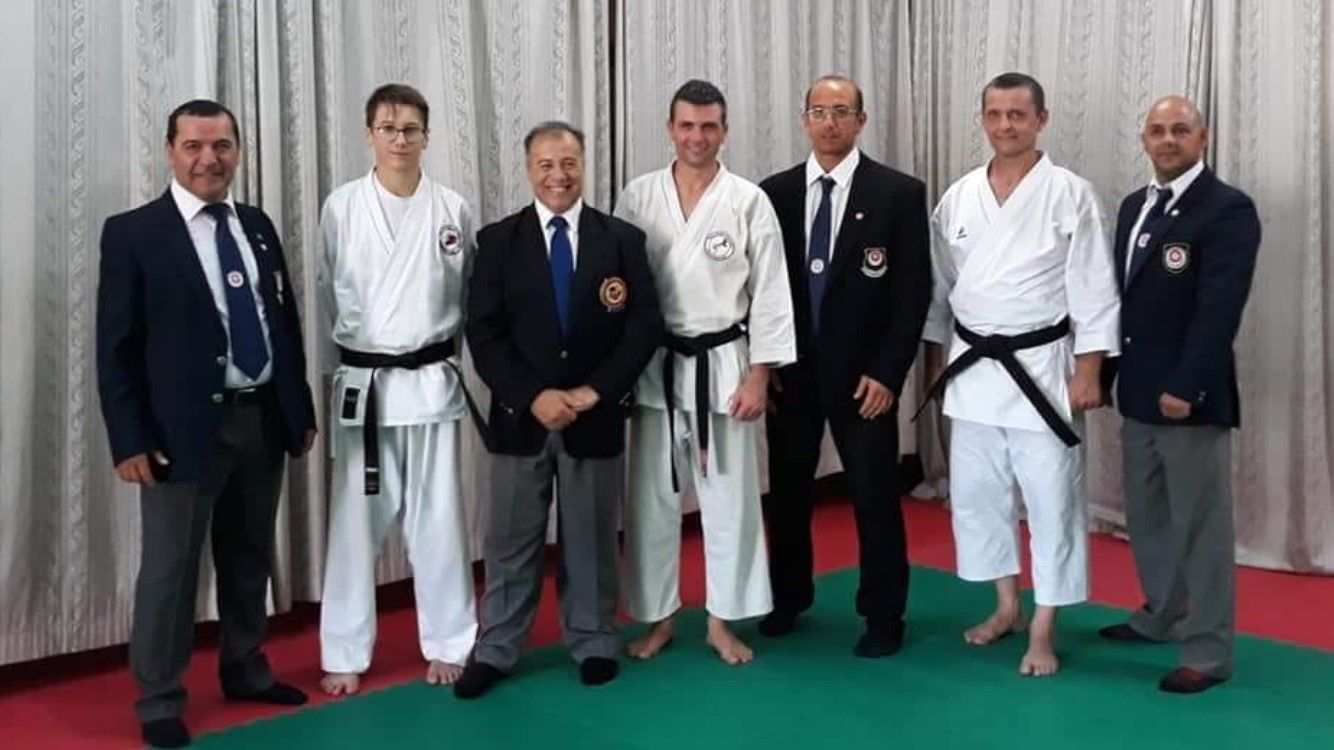 Karate is a lifetime journey and one which requires commitment and self-discipline.  As Karate founder Gichin Funakoshi wrote “The ultimate aim of practicing Karate is not about victory or defeat but in the perfection of the character of the participant”.  ‘We are pleased to celebrate this achievement with our athletes today who have succeeded thanks to this philosophy of hard work and dedication’.   These were the comments of Sensei Jesmond Schembri, Technical Director of The Malta Karate Federation.

No Comments to "Black Belt Grading for The Malta Karate Federation"

COPYRIGHT ©MKF 2014. ALL RIGHTS RESERVED.
DESIGNED WITH LOVE BY DESIGN THE ROCK.